When I was young I so much wanted to be wise.
I took a Sokrates as lover on the sands
Of the Crimea. I studied music in Moscow,
The better institutes are there, but my cheeks twisting
From blowing at the reeds made me ugly. Beauty
Was my entrée to power. There's no denying facts.

A lover was someone Yeltsin knew, and the fix
Was in for me. And I certainly got well-fixed, money-wise.
Deng Xiaoping announced, "To get rich is beauty,"
And I listened. Investing my few thousands
Brought millions when all who could were twisting
Valuable assets out of privatizing Moscow.

But I needed more: conquest abroad. Mere Moscow
Was not enough for me. I learned how carbons were affixed
To hydrogens, because I'd seen that twisting
Valuable oil out of dirt was all too easy, wise,
And lucrative. Where to go? Bitumen soaked the sands
Of Alberta, plains that recalled our own desolate beauty.

Once there, black bitumen's by-products--jet fuel, butane--
I easily--and profitably--sold. Still, my Moscow
Called me back. I was rich, rich and famous. Thousands
Wrote the petitions that I asked for, that I return and fix
All of Great Russia's ills. But I needed to be wise
And careful, discerning--I'd seen how even twisting

Ambitious Khodorkovsky had been hung, still twisting,
In Lubyanka, by Comrade Putin, and all his pirate booty
Lost. When the Kremlin summoned me, it took no wisdom
To decide I could no longer visit dangerous Moscow.
So Putin outlawed me, intending to transfix
My lengthening arm. Instead he strengthened me. I am sans

Scruples now: he will feel my life. Because of him, ten thousand
Muscovites must die. Crafty Chechens will soon be twisting
Wicks into the Semtex I will give them. Feeling these effects,
Home will want a new hero. Who else but me? The beauty
Of my plan is clear: Tsar Alkibiades in Moscow!
It must have been that old Sokrates made me so wise.

But should I let lost Moscow bother me? Time's sands
Slip by, and sometimes effect a healing wisdom:
I've married here, and twisting nights have borne an infant beauty. 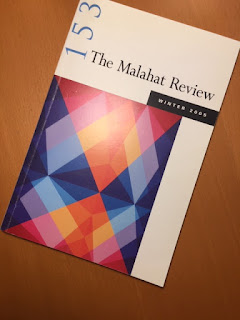 If you've stumbled on this page...

"Alkibiades Ivanovich" is a sestina I wrote that appeared in The Malahat Review, issue 153, the Winter issue of 2005. It's part of a series of poems about figures from classical history or mythology who emigrate to Canada. What Deng Xiaoping may (or may not) have said is usually translated as "To get rich is glorious." Mikhail Khodorkovsky was once better known than he now is. Vladimir Putin is, sadly, still in no need of annotation.

Other elements were mostly taken from Plutarch's Life of Alcibiades. "He will feel my life," is, I think, from some translation, but I can't tell you which.