Rogue Male came out, according to Wikipedia, in May of 1939. Geoffrey Household must have been writing it in 1938, I guess. This will be very important.

The unnamed narrator, a well-known, big game hunter, decides on a whim to stalk a dictatorial leader from a country near Poland. He has this leader in his sight and could have pulled the trigger, but he wasn't that serious about it. It was all just a game he was playing to see if he could do it. Or was it just a game?

In any case, he's caught. He's tortured to make him confess that he was an agent of the British government, which he wasn't, and which he won't confess to. The dictator's henchmen stage an accident, but the narrator survives it and escapes back to England. The villainous Quive-Smith leads a team of agents in an attempt to kill him off for real. The novel is mainly a story of running away from killers.

And a very good story of running away it was. All the running away, all the clever dodges that enable him to either escape or the turn the tables on his pursuers kept me turning the pages.

The difficulty was that it wasn't all that. Though unnamed, it's pretty clear that the dictatorial leader that the narrator could have, but didn't, assassinate was Hitler. (In the film Fritz Lang made from the book in 1941, Lang is not so coy: it's clearly Hitler; Lang had reasons to dislike Nazi Germany.) The narrator hems and haws about whether he really meant to kill, whether he should even admit to what happened abroad, whether he can invoke the aid of his own government when he returns to England. From where I stand, it's hard to see why not: he avoids English police with as much zeal as he runs from Quive-Smith, but was his passing thought of killing Hitler really so awful as all that?

Well, I suppose. It was 1938 when he was writing it. Chamberlain had announced peace in our time in Munich, and there was still a significant anti-war faction in England, not to mention outright support for Germany. It was an odd historical moment. A little after three months from when the book came out, England would be at war with Germany, and then there presumably wouldn't have been any compunction about killing Hitler. But I kept getting distracted by his psychologizing, and his guilt about the fact that he had thought about doing the thing he hadn't, a thing which in a year everyone would agree would have been a good act.

I bought it a while ago, because it was a New York Review Books reissue, and I've had good luck with those: Bengtsson's The Long Ships, the J. G. Farrell empire trilogy, Patrick Leigh Fermor, Olivia Manning have all ended up being books I've really enjoyed. So now when they show up on the remainder table, I buy them if they look at all interesting, even if I don't read them right away. This one has been on the shelf since 2013, meaning it counts for My Reader's Block Mount TBR Challenge. This wasn't as good as those, but it was definitely fun.
Posted by reese at 1:10 AM No comments: 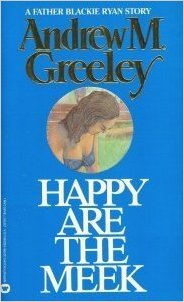 Also this one has been aging on the shelves here since 2014 when I bought it at the University College Book Sale from the 6 for $5.00 mystery table. So it also counts for My Reader's Block Mount TBR Challenge.
Posted by reese at 10:51 PM No comments: