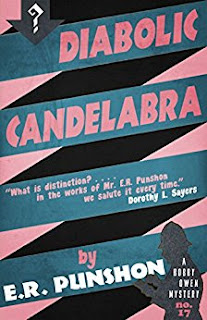 In August 1992, when the dog days were drawing to an end, I set off to walk the county of Suffolk, in the hope of dispelling the emptiness that takes hold of me whenever I have completed a long stint of work.

That is the first sentence and that, pretty much, is all that happens in Sebald's novel. It is nearly 300 pages in my paperback edition, though those pages do include some black and white photos. The narrator visits one acquaintance, the translator and author Michael Hamburger, and meets a few people on his walk, but it is not a work packed with event.

Nor does it much feel like a novel, though Sebald's main works, as is this, are generally described as novels. But the unnamed narrator of The Rings Of Saturn feels very much like W. G. Sebald himself: a German now living in England and teaching there. The narrator is a friend of Michael Hamburger, as was Sebald himself. He takes an interest in a record "still in the Munich state library" of "an old master dyer of the name of Seybolt." Sebald grew up near Munich. And when the narrator offers a picture of himself, the picture is of a younger Sebald.

And yet, and yet. Were there really two English scientists "with the apt names of Herrington and Lightbown" who really investigated the luminosity of dead herrings? If I were to go to the Munich state library, would I be able to find that record of a master dyer named Seybolt? In each of the four sections of The Emigrants, which I read earlier, there's an entirely unneeded allusion to Vladimir Nabokov. If this is humor, if this is even fiction, it is so sly and subtle as to be almost vanishing.

There is also a great deal of real learning: the story of Roger Casement is brought to mind by a BBC documentary. The meeting of Casement and Joseph Conrad leads first to a long discourse on Conrad and the travails of Conrad's family in Poland. Conrad then meets Casement in the Belgian Congo, where Conrad is undergoing the experiences that will lead to Heart of Darkness and Casement is gathering information on the misery that Leopold and the Belgians inflicted on the Congo in the late 1800s. Casement becomes famous for the report he issued; it was the beginning of his career as a humanitarian reformer. But the mention of Belgium leads Sebald to discuss Waterloo mostly by way of the ugliness of the Lion Monument. Finally he returns to Roger Casement, and Casement's fatal decision to seek German aid in support of the Easter Rebellion for Irish independence in 1916. German aid did not materialize; the rebellion failed; and Casement was caught and hanged by the British government. When a movement began to seek pardon for Casement for the good he had earlier done, the British government released Casement's diary proving he was a homosexual.

And that is representative of Sebald: his emphasis on loss. For Conrad, there is the loss, first by his parents of their homeland, and then of his father of his life, and finally of Joseph Conrad himself, of Poland. There is the loss at Waterloo and its replacement by ugliness. There is loss of life by the black workers in Belgian Congo. And Roger Casement's lost life and honor.

So why exactly is it that I like W. G. Sebald? For I do. This is the fourth of his four novels that I've read, and while this one has been on the shelf for a year and a half, I did always intend to finish it, and I did. It is, I think, that struggle between loss and memory that I admire; that ability to hold on to a few well-intentioned, or sometimes even just whimsical, successes, or if not quite successes, at least resistances, against the tide that will wash us all away. It is a melancholic pleasure, and not one for every day of the week. But it is real all the same.

Read, among other reasons,... for My Reader's Block Mount TBR Challenge.
Posted by reese at 11:33 PM No comments: