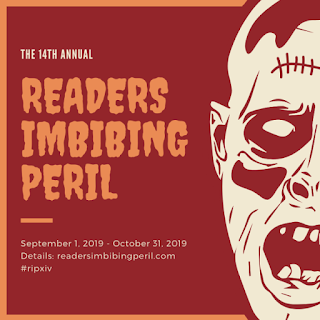 Last year was my first year with Readers Imbibing Peril. And since I wasn't there from the start, what could be better than starting with #13! Fourteen doesn't have quite the same scary charm, but it was such fun last year, here I am again.

My peril this year, though, is likely to be less gothic and creeptastic, and more like my usual rather cozy-ish mysteries. Once again I'll sign up for Peril the First (four books.) I piled up a stack of books, because who doesn't like to do that?--but I'm just as likely to change my mind again. But here's some candidates: 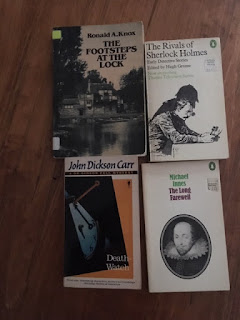 Carr has the possibility of being a little bit gothic, but mostly I suspect they won't be, and that's just fine. I'm also contemplating George Eliot's novella The Lifted Veil.