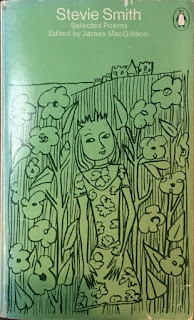 I'm suffering the usual difficulty with saying much about poetry...well, umm, among many, I liked this one:

The lions who ate the Christians on the sands of the arena
By indulging native appetites played what has now been seen a
Not entirely negligible part
In consolidating at the very start
The position of the Early Christian Church.
Initiatory rites are always bloody
And the lions, it appears
From contemporary art, made a study
Of dyeing Coliseum sands a ruddy
Liturgically sacrificial hue
And if the Christians felt a little blue --
Well people being eaten often do.
Theirs was the death, and theirs the crown undying
A state of things which must be satisfying.
My point which up to this has been obscured
Is that it was the lions who procured
By chewing up blood gristle flesh and bone
The martyrdoms on which the church had grown.
I only write this poem because I thought it rather looked
As if the part the lions played was being overlooked.
By lions' jaws great benefits and blessings were begotten
And so our debt to Lionhood must never be forgotten.

That opening rhyme would have made Ogden Nash happy, and I read where Nash wrote an introduction for one of Stevie Smith's later books. That probably implies at the time Ogden Nash was more famous and Stevie Smith less; now I suspect that's reversed. Anyway, there's some similarities, but Stevie Smith is way darker.

The introduction to my edition, by James MacGibbon, suggests that Stevie Smith was a believer, though not a very orthodox one. You might guess that from this poem...

I'd read a few Stevie Smith poems before this, but not many, and this was a nice and generous selection. (280 pages). She died in 1971. I haven't read the biography, nor seen the play made from it. This edition includes some of Stevie Smith's drawings. 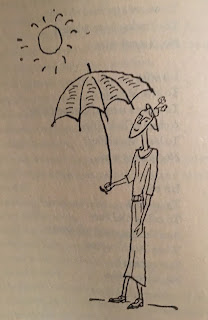 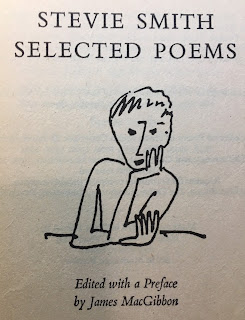 The one on the cover is by her as well.