Back to the Classics Challenge 2021 Wrapup 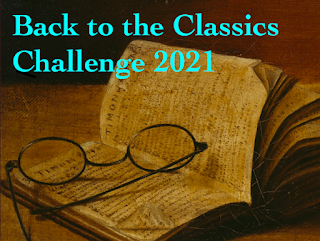 It's time to wrap up for the Back to the Classics Challenge for the year. As is becoming a motif,... I read books for more prompts than I managed to write about. (Read all twelve, blogged about nine.) Here are the ones I blogged:

Ivo Andrić' The Bridge on the Drina

Classic by a Woman Author

A Classic in Translation

A Classic by a New-to-you Author

New-to-you Classic by a Favorite Author

Jose Maria Eça de Queirós' The City and the Mountains

A Classic with an Animal in the Title

Willa Cather's The Song of the Lark

R. L. Stevenson's Travels with a Donkey in the Cévennes 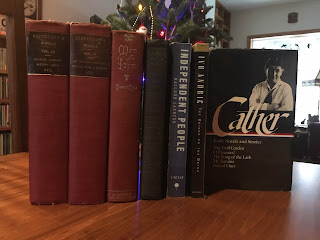 The Eça de Queirós and Wollstonecraft were library books and so missed their photo op. That's nine of the twelve categories of which I predicted...3 (!) in the original post. Even for me that's a particularly poor rate of followthrough.

Then there were the three that got away... 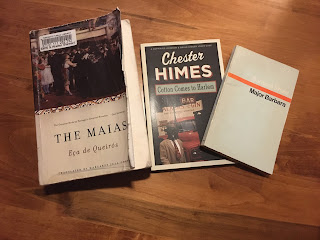 I've had half a post for Major Barbara in the queue for a while, but it probably won't get published now. The Maias is the book I finished most recently and I might yet write about it, (Very good! Though tricky to write about with its couple of surprise twists...) but I won't by the end of the year.

In any case All Hail! to Karen for hosting this great challenge again. 😉 And Happy New Year to all!