"...in Venice, too, it is not difficult to lose your way, something to which, if I am not in a hurry, I do not actually object,..." 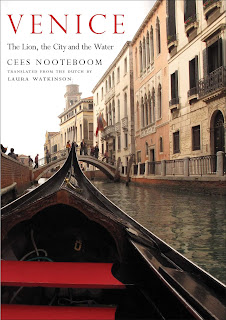 Cees Nooteboom's book is not the product of a single visit to Venice, but of a lifetime of visiting: his first visit he tells us was in 1964; the book came out in Dutch in 2019, and was translated into English by Laura Watkinson. He had just been there, it would seem. It's formed of a long series of impressions, engaging, not systematic.
Nooteboom's Venice is a melancholic place, fed by ruminative recollections that circle around literary tropes and return again. What is it about Venice that brings this out? Thomas Mann's Death In Venice, Joseph Brodsky's Watermark, Valeria Luiselli's Sidewalks, Henry James, Ernest Hemingway--all of whom are mentioned by Nooteboom.
It may be that connoisseurs of Venice go in winter when it's dark, grey and cold, but there are fewer tourists. It seems that's Nooteboom's approach (as it was Brodsky's, at least on the evidence of Watermark.)
But the book isn't entirely occupied with the high-falutin'. Nooteboom is much taken with the mystery series set in Venice by Donna Leon and Michael Dibdin; at one point he goes around looking for the police office that would serve as headquarters for Commissari Aurelio Zen and Guido Brunetti. He tells us, "Those who do not believe in books have no business being here." 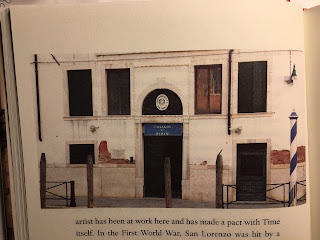 Commissario Aurelio Zen--I had long assumed it was just a fanciful name, but, as I learned from Nooteboom, it's not. It's a good Venetian family name--there was a doge Renieri Zen, who died in 1268. Zen in standard Italian would be Zeno, as in he with la coscienza in the novel by Svevo, but in Venetian dialect the name Zen is ordinary enough. Who knew?
It made me want to go to Venice (go back to Venice in fact, though I haven't been there since 1984) and what more can a travel book do?
Cees Nooteboom (pronunciation) is a Dutch writer (born 1933) of novels, poetry, books of travel. He's sometimes mentioned as a Nobel prize contender. This is the first thing I've read by him, but I will certainly be looking out for others.
The book is accompanied by lovely views of Venice taken by his wife, the photographer Simone Sassen: 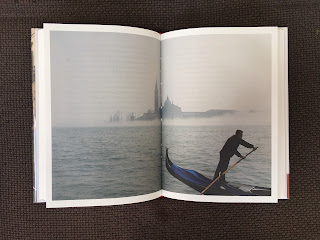 And, pretty clearly, I was the first person to read this copy from the library. Nothing quite like the freshness of an unread library book!
Posted by reese at 1:25 PM