"I admit my head's a bit muddled from the trauma known as Eastern Europe..."

Dubravka Ugresic came to Toronto's public library as part of its Appel Salon series on Friday. The Other Reader and I have been enjoying these events over the last couple of years, and though neither of us had read any Ugresic we decided to go. I assigned myself two books of hers as homework: Fox and Thank You For Not Reading.

I picked the two books at random. Since I had no real knowledge, but wanted to read them in advance, I chose books I could get right away. The Toronto Public Library has a half dozen copies of Fox, her most recent in English, from earlier this year; Thank You For Not Reading came out in English in 2003, and just happened to be available.

Ugresic won the Neustadt Prize in 2016, an author prize that has, I think, a pretty good track record. She's from Croatia, now lives in Amsterdam, and has a, umm, complicated relationship with her country of birth: she left in 1993 after she was harassed and threatened for being insufficiently 'patriotic' during the wars in the former Yugoslavia. 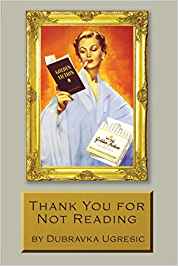 Thank You For Not Reading is a collection of what seem to be occasional essays. My Dalkey Press edition (tr. by Celia Hawkesworth) doesn't give any information about their source, though each of them has a date at the end, ranging from 1996 to 2000. The sections each begin with an epigraph from Winnie-the-Pooh featuring Eeyore, which gives you some idea of Ugresic' mood at the time. Though she does say in the introduction to this edition that were she writing them at that time (2002) she might be a little less Eeyore-ish.

She also says the book is half fiction, though she doesn't identify which half...The essays are about being a writer, the publishing industry, and particularly being a writer in exile. They're uneven. But many are quite funny, and the best are also successfully thoughtful, particularly 'The Writer in Exile.' Occasionally I thought her targets a little easy: did you know (or care) Ivana Trump has written a novel? Me neither. Though that particular essay did pack a double whammy. It seems the same issue of the New York Times that panned Joseph Brodsky's Watermark praised Ivana Trump's novel.

The other weird thing about this book was how badly it was proofread. It was so egregious, I almost wondered if there wasn't some subtle joke going on. Paulo Coelho's name was spelled three different ways, and the French theoretician was identified as 'HBL (Bernard-Henry Levy),' just like that, with the name and contradictory initials right next to each other. 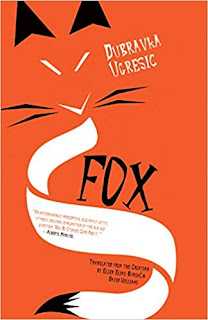 Then I read Fox, her most recent and, I thought, the better book. In fact, a very good book. It's labeled a novel, though the narrator is very much like Dubravka Ugresic, and in discussion at the library, Ugresic simply said the narrator was her. It's divided into six sections and each section she meets or discusses somebody who may be real--or may not--or may be half real and half made up. These figures are all associated with the Russian avant-garde of the early 20th century and range from the very real Boris Pilnyak, whom Ugresic went to Moscow to study before the fall of communism, to the somewhat real DoivBer Levin, a Russian avant-garde writer whose works were lost, to Levin's widow and daughter, who may never have existed at all. At the talk she said that's how it is with other people in our lives: they pass through, you know them only partly and wrongly, and then they're gone. We're all just footnotes to some convoluted, only partly understood story.

As I say, I liked this a lot. You have to like books about writers, books that are melancholy about things lost. But if you do, things like W. G. Sebald's, or Roberto Bolaño's The Savage Detectives, I highly recommend this.


"...if the spirit of the fox enters a person, then the person's tribe is accursed. The fox is the writer's totem."

In person, Ugresic is funny and a bit crotchety at things that deserve a good crotchet. About like she is in her books.

A note on spelling. Wikipedia wants to put a caron over the S and a grave accent over the C. Both the English translations I have drop those, though. By the principle of lectio difficilior I'm pretty sure Wikipedia is right, but I couldn't figure out how to type the S with a caron anyway...

This covers Croatia for my Europe challenge, though I'm pretty sure Ugresic would not be pleased. From Thank You For Not Reading:


"At literary gatherings I feel as though I were at the Eurovision song contest and am suddenly anxious that after my reading or talk I will hear a gong and a voice announcing: Croatia, five points. I dream that one day I shall remove the stickers that other people have assiduously attached to me and become just my name. Because that, just a name, is the greatest literary recognition that any writer can earn. For everyone else: Cyprus, five points; Poland, two points; Belgium, ten points..." 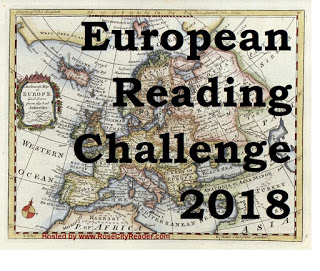