Erle Stanley Gardner's The Case of the Velvet Claws

"I told you what she was--all velvet and claws!" 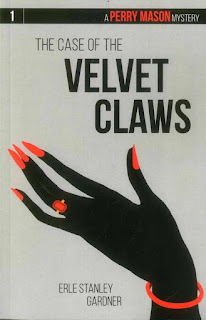 That's Della talking about Eva, Perry Mason's very first client (as far as we know) in the first Perry Mason mystery ever from 1933. Della's got the hate on for the client:

"I hate everything she stands for! I've had to work for everything I got. I never got a thing in life that I didn't work for. And lots of times I've worked for things and have had nothing in return. That woman is the type that has never worked for anything in her life!"

Who knew Della Street had so many class resentments?

And that's not the only way in which the mystery is different from others in the series. Perry tells the client at one point, "I'll protect you, just as long as you pay cash." Would a later Perry Mason ever say that to a client? Now sure he was a more successful lawyer as he went on, but I seem to remember him taking a one dollar retainer on more than one occasion.

And there's no courtroom scene! And Perry slugs someone not once, but twice!

Still it's identifiably a Perry Mason novel. Sure, it's a little more noirish than later novels, but there was always a bit of noir to Perry Mason, and it's not just the TV show music. In addition to Perry and Della, Paul Drake, the private eye, is there; Perry bends the rules on behalf of his client to the point where he's potentially at risk himself. The client is innocent, though the misdirection on that point is very good in this novel. So most of the usual elements are there.

The basic setup is this: Eva (at first under a false last name) is caught with a man who's an aspiring politician when a holdup in a bar goes wrong. The local scandal sheet knows they were there. Can Perry manage to keep their names out of it? Then the owner of the scandal sheet is murdered. Well, it's a scandal sheet: there are plenty of suspects, and not just the client.

This usually shows up in lists of best Perry Mason novels and I would have to agree! 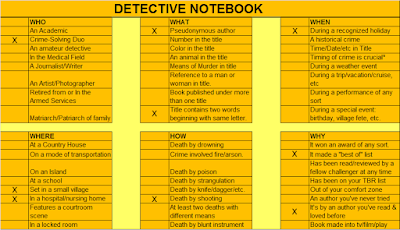