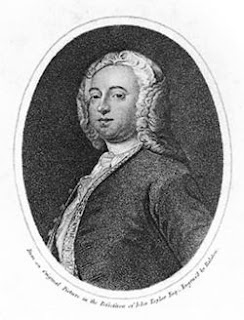 On A Fly Drinking From My Cup

Busy, curious, thirsty fly!
Drink with me and drink as I:
Freely welcome to my cup,
Couldst thou sip and sip it up:
Make the most of life you may,
Life is short and wears away.

Both alike are mine and thine
Hastening quick to their decline:
Thine's a summer, mine's no more,
Though repeated to threescore.
Threescore summers, when they're gone,
Will appear as short as one.

I'm kind of hoping for something north of four score myself, but William Oldys (1696-1761) beat his projected three score by only a little. The numbers may be up in the air, but the sentiment applies whatever the numbers.

On the other hand, both the authors of English anacreontics and Anacreon himself wrote poems about drinking. Though you wouldn't necessarily know it from the text, I suspect that cup is likely to hold wine...

Jennifer shared a great Yeats poem this week.
Posted by reese at 9:46 PM