Avenge the patriotic gore,
That flecked the streets of Baltimore.

-from Maryland, My Maryland
(former state song of Maryland) 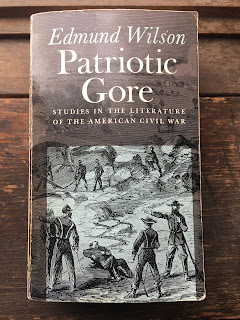 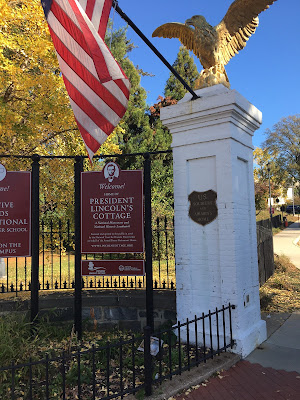 The admission fee included this cool (?) bookmark, which I of course had to then use for the book...

The house just to the left of center is Lincoln's getaway cottage.
From my Classics Club list, good for November Non-Fiction, and distinctly inappropriate for Novellas in November...
Posted by reese at 11:07 AM